Must read Kronik i JP

FN stopper for nødhjælp til Gaza

On this United Nations International Holocaust Remembrance Day, words may ease the pain, but they may also dwarf the tragedy. For the Holocaust is uniquely evil in its genocidal singularity, where biology was inescapably destiny, a war against the Jews in which, as Nobel Peace Laureate Elie Wiesel put it, “not all victims were Jews, but all Jews were victims.”

This year, in the immediate aftermath of the 60th anniversary of the Universal Declaration of Human Rights, the international Magna Carta of human rights born out of the ashes of the Holocaust, and the Genocide Convention – the “Never Again” Convention which has tragically been violated again and again – we should ask ourselves: What have we learned, and what must we do?

Lesson 1 – THE IMPORTANCE OF HOLOCAUST REMEMBRANCE

The first lesson is the importance of remembrance itself. For as we remember the six million Jewish victims of the Holocaust – first defamed, demonized and dehumanized, as prologue or justification for genocide, then murdered – we have to understand that the mass murder of millions is not a matter of abstract statistics. For unto each person there is a name – unto each person there is an identity. Each person is a universe. As both the Talmud and Koran teach us, whoever saves a single life, it is as if he or she has saved an entire universe – just as whoever has killed a single person, it is as if they have destroyed an entire universe. And so the abiding imperative: that we are each, wherever we are, the guarantors of each other’s destiny.

Lesson 2 – THE DANGER OF STATE-SANCTIONED INCITEMENT TO HATRED AND GENOCIDE: THE RESPONSIBILITY TO PREVENT IT

The enduring lesson of the Holocaust and the genocides that followed is that they occurred not simply because of the machinery of death, but because of a state-sanctioned ideology of hate. This teaching of contempt, this demonizing of the other – this is where it all begins. As the Canadian Supreme Court recognized, in words echoed by the international criminal tribunals in the former Yugoslavia and Rwanda, the Holocaust did not begin in the gas chambers – it began with words. These, as the courts put it, are the chilling facts of history. These are the catastrophic effects of racism.

Sixty years later, these lessons not only remained unlearned, but the tragedies have been repeated. For we were all bystanders during a growing state-sponsored hate in the Balkans, Rwanda and Darfur that took us down the road to genocide.

At present, we are witnessing yet another state-sanctioned incitement to hate and genocide, whose epicentre is Mahmoud Ahmadinejad’s Iran – denying the Nazi Holocaust as it incites to a Middle Eastern one.

This constitutes a direct violation of the overriding prohibition in international law against the direct and public incitement to genocide, and a clear legal trigger for the international community to intervene in fulfilment of its obligation to prevent genocide, as established in the Genocide Convention.

As one involved as Minister of Justice in Canada in the prosecution of Rwandan incitement, I can state that the aggregate of precursors of incitement in the Iranian case are more threatening than were those in the Rwandan one.

Lesson 3 – THE DANGERS OF SILENCE, THE CONSEQUENCES OF INDIFFERENCE: THE DUTY TO PROTECT

Indeed, the genocide of European Jewry succeeded not only because of a culture of hate and an industry of death, but because of crimes of indifference and conspiracies of silence. And we have witnessed an appalling indifference and inaction in our own day which took us down the road to the unthinkable – ethnic cleansing in the Balkans – and down the road to the unspeakable – the preventable genocides in Rwanda and Darfur. No one can say that we did not know. We knew, but we did not act in Rwanda, just as we know and do not act in Darfur, ignoring thereby the lessons of history, betraying the people of Darfur, and mocking the Responsibility to Protect doctrine.

And so, it is our responsibility to break down these walls of indifference, to shatter these conspiracies of silence – to stand up and be counted and not look around to see who else is standing before we make a decision to do so; because in the world in which we live, there are few enough people prepared to stand, let alone be counted. Indifference always means coming down on the side of the victimizer, never on the side of the victim.

Let there be no mistake about it: indifference in the face of evil is acquiescence with evil itself – it is complicity with evil.

Lesson 4 – COMBATING MASS ATROCITY AND THE CULTURE OF IMPUNITY: THE RESPONSIBILITY TO BRING WAR CRIMINALS TO JUSTICE

If the last century – symbolized by the Holocaust – was the age of atrocity, it was also the age of impunity. Few of the perpetrators were brought to justice; and so, just as there must be no sanctuary for hate, no refuge for bigotry, there must be no base or sanctuary for these enemies of humankind. In this context, the establishment of the International Criminal Court must be seen as the most dramatic development in international criminal law since Nuremberg. But it requires active support to prevent it from being another opportunity for impunity.

One need look no further than the case of Ahmed Haroun, the Sudanese Minister of the Interior indicted for his direct role in the war crimes and crimes against humanity perpetrated in Darfur, who was then cynically rewarded for this indictment by being appointed Minister of State for Humanitarian Affairs and made responsible for hearing the human rights complaints from the very victims he had assaulted.

Nazism succeeded, not only because of the “bureaucratization of genocide,” as Robert Lifton put it, but because of the trahison des clercs – the complicity of the elites: physicians, church leaders, judges, lawyers, engineers, architects, educators and the like. As Elie Wiesel put it: “Cold-blooded murder and culture did not exclude each other. If the Holocaust proved anything, it is that a person can both love poems and kill children.”

Those of us to who have been entrusted with the education and training of the elites should ensure that Elie Wiesel is studied in schools of law and not just in classes of literature; and that the double entendre of Nuremberg – of Nuremberg racism as well as the Nuremberg Principles – is as much a part of our learning as it is a part of our legacy.

May this day be not only an act of remembrance, which it is, but a reminder to act, which it must be. 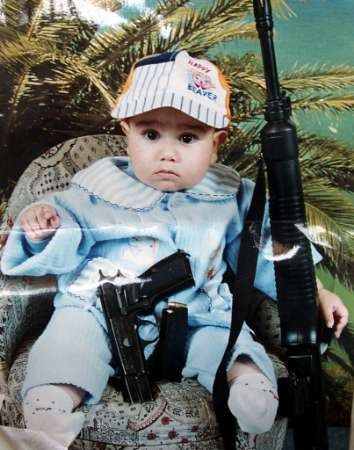 If todays New York Times editors were in charge in 1943…. 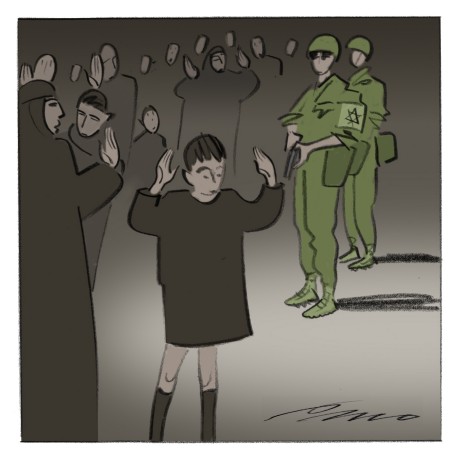 Are Human Rights for some but not others?

An open letter to the world.

Tragedy is no crime.

“You are a freshman university student on the first day of a philosophy course. Your professor poses this ethical dilemma: A devoutly religious man is shooting at you with an AK-47. He is determined to kill you and your family. Is it moral to shoot back? Before you answer; consider that he is shielded by his pregnant wife and three young children.”

Hizbollah til demo i Kbh

“They’re throwing rockets at my family and I am still helping them.” 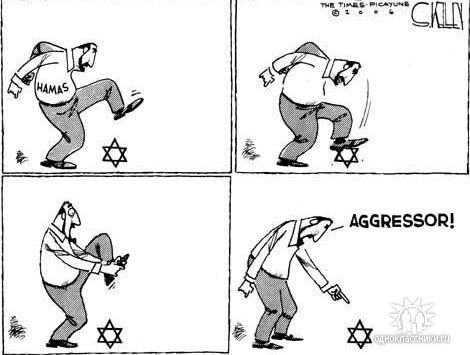 “Liberate the palestinian people from the Hamas”!

“The worst enemy for the palestinian people is not Israel- but the Hamas”.